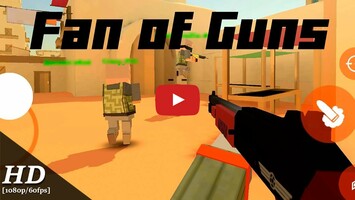 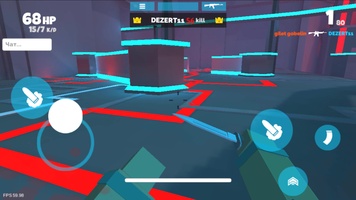 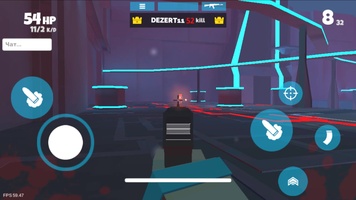 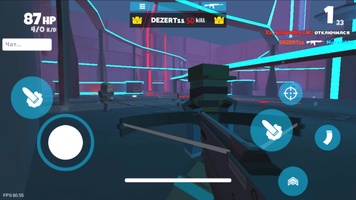 Advertisement
Fan of Guns is a first-person multiplayer shooter in which you can take on players from all over the world in a variety of game modes and on loads of different maps. On top of that, there are dozens of weapons to choose from: handguns, machine guns, shotguns, sniper rifles, knives, and more.

Fans of Guns has controls that are very easy to use. Simply use the virtual joystick on the left side of the screen to move your character, while aiming with your right thumb. Also on the right side of the screen are buttons to use the scope, reload, and jump. While those are the basic controls, some special game modes have extra buttons and features.

One of the most entertaining features of Fans of Guns its wide variety of game modes, which make virtually every game different from the last. The most common mode is the classic deathmatch, in which every player fights alone on a large map. Once the time is up, whoever has won the most points is declared the winner.

Fan of Guns is a fun multiplayer FPS with an outstanding amount of content, with loads of games modes, unlockable weapons, skins, and more. On top of all that, it has great, Minecraft-style graphics.
Reviewed by Andrés López Translated by Jasmine
Advertisement

Why is this app published on Uptodown?
(More information)

where the update is already winter

cool game I advise everyone

Similar to Fan of Guns